Monday through Friday Mark’s alarm goes off at 4:32, 4:35 and 4:38 in the morning. Yes 3 alarms. Just to make extra sure he wakes up. But you know who also wakes up? Me. Turns out babies and husbands are more similar than I thought: They both live by something called the “pile” or “scatter” system when it comes to all their worldly belongings, and they both don’t let you sleep.

Anyways, I used to try to fall back asleep after hearing the wretched alarms. Well I’m over that. Then I decided I would wake up and make breakfast and lunch for Mark. Well I’m over that too. Instead I decided I better take these precious moments and focus on myself. Now, I workout, tidy up the house, and do some devotions before my actual baby wakes up. It’s so peaceful, I don’t know why I didn’t do this earlier.

Since I don’t even wanna look at the kitchen at this ungodly hour, I’ve gotten accustom to meal prepping breakfasts each week and freezing the lot of it. LIFESAVER. 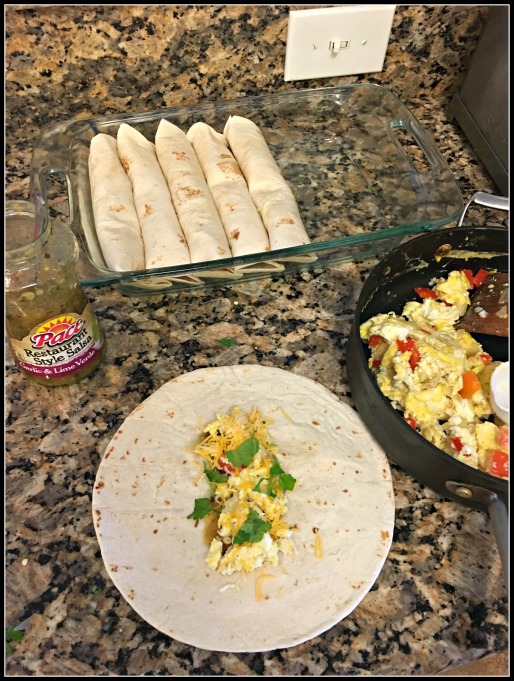 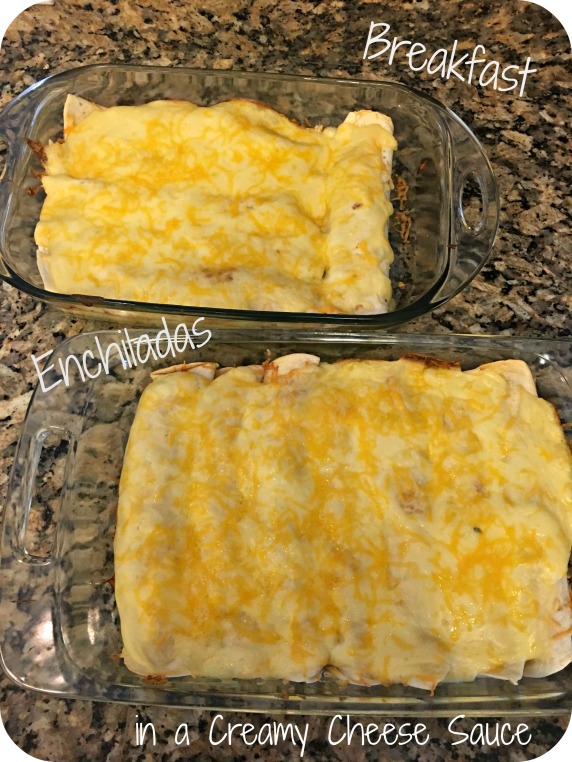 The enchiladas were smothered in a cheese sauce that Mark went bananas over. And I added some mushrooms to the sausage and potato hash, which, you know, made it healthy.

If you don’t wanna be shackled to the kitchen 24/7 making 3 meals a day, then start meal prepping. Or just be normal and make your husband eat cereal in the morning.