Originally I was just going to make chicken tacos for dinner. But Mark suggested grilling up some fish as well, and when you live in freaking Florida – you have to do the fish thing. He even went to the fresh fish market to get the good stuff. I know, he’s good.

Marks best friend and brother came over for dinner too so they grilled the fish. It was super helpful since Mark was dealing with a severe baby poop situation. It was bad. One of those that can only be fixed by an emergent bath. Having a baby teaches you to drop EVERYTHING you are doing to tend to them. So pretty much they are spoiled. Yep.

I got this recipe from Cooking Light http://www.myrecipes.com/recipe/grilled-buffalo-chicken-tacos. 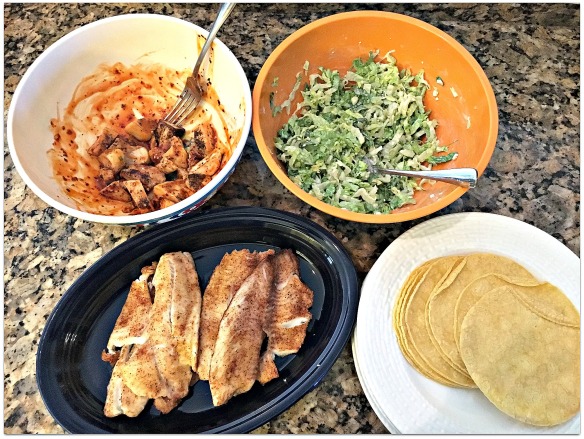 What we have here is some spiced tilapia, spicy chicken and a killer slaw. Both the chicken and slaw were the simplest things to assemble. The chicken is just tossed in a mix of hot sauce, red pepper flakes and butter. The slaw is chopped romaine, blue cheese, buttermilk and mayo. They both only have 4 ingredients. It doesn’t get easier than that.

The chicken definitely had a kick. Which I love. And the slaw was even better than I anticipated. 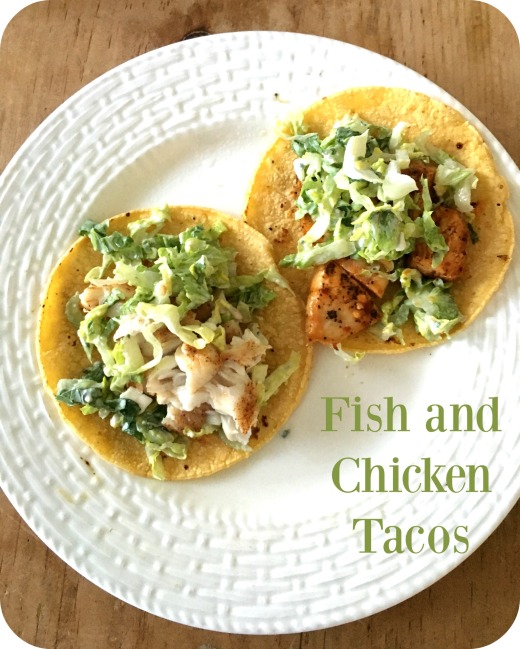 I thought the tacos were perfect with just the fish/chicken and the lettuce mixture. Of course the boys ended up throwing salsa and sour cream and you name it on their tacos. Guys always just go back to basics. Next time I’ll just give them Kraft Macaroni and Cheese.