About 14 months ago I used to LOVE cooking. More like it was an obsession. A strong obsession. Here is why: My husband would only work half days so he would be home by 2ish everyday. My son was only 3 months old. Basically a cute little blob who didn’t move. Mark would come home and hold the little blob and I would have like 3-4 hours to cook whatever I wanted, and clean the whole kitchen in peace.

Now, fast forward to the present day. My husband leaves for work at 5:15 am and doesn’t get home until 5pm or 6pm most days. My son is now 17 months and is no longer a blob. He RUNS everywhere, likes to open all the kitchen cabinets, drawers and pantry door, and says “mmmmmm” to whatever ingredient I am holding (even if it’s something weird and gross like straight up flour) and won’t stop until I offer him a bite which he usually ends up refusing.

So tonight, as I was covering fish nuggets in quinoa, I decided I hated cooking.

Each day I now start the whole cooking process with Mark nowhere to be found. This  means I have a monkey (aka my child) swinging from my leg the entire time. When Mark finally does get home and we eat it’s like 7pm and then I have an entire kitchen to clean. All I want to do is pass out! Let’s just say this, cooking is no longer relaxing, it’s more like running a marathon.

These fish nuggets reminded me of baby fish sticks that kindergarteners eat. Which sounds gross but they were good! Except I forgot to grind up the cooked quinoa before I coated the fish. Oops. So they were messy, chunky, fish sticks instead.

I saw this veggie recipe on Food Network the other day. And although it looks more like a fall/winter veggie dish, I didn’t care because it looked so freaking good. The pumpkin seeds, currents and goat cheese (which became a gooey, amazing melty mess) really made this dish. I mean veggies are always made better by none veggie ingredients right? 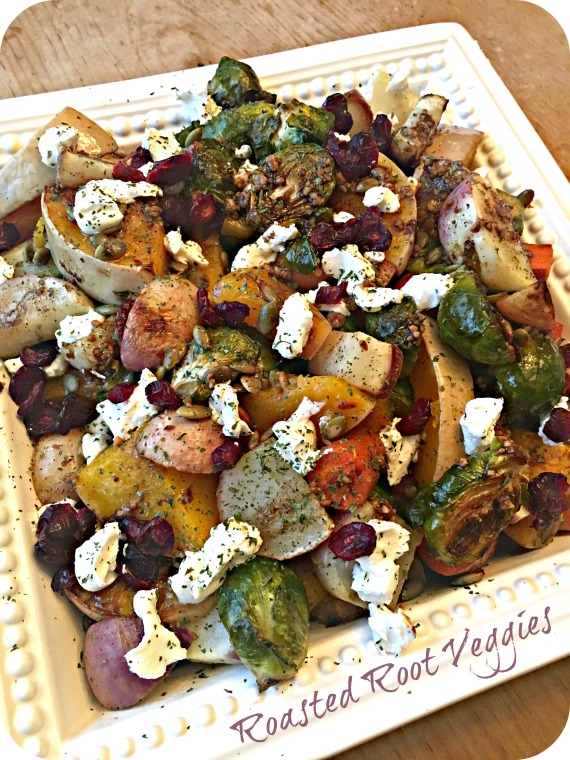 Anyways once the kitchen was clean, and we were all fed and satisfied, I decided to love cooking again.

One thought on “Quinoa-Crusted Fish Nuggets and Roasted Root Veggies”