Holy. Hell. Traveling with a 7 month old baby is not an easy task. It’s doable, but I don’t think I have ever been more exhausted. Oh wait, yes I have, the first 3 months of motherhood. Somehow, those sleepless memories are blocked out of my mind. Thank goodness.

Mark Cooper and I flew from Florida to New York on Friday for Mark’s brothers graduation. He was good on the flight, unlike the flight I took last week.

Hold the phone for a second…let’s talk about the flight last week. Mark Cooper SCREAMED the entire way to Atlanta (only a 45 min flight). Like beat red, arching his back, temper tantrum status. I tried everything. I felt so bad for him and everyone else on the plane. Once we landed, the lady behind me stood up and said “next time make sure you feed your baby a bottle or let him chew on your finger, because you made everyone miserable on the plane”. So I stared crying. Of course. And I DID feed him a bottle, and I tried so hard to calm him. It was terrible. Oh and, not to mention Mark deployed 3 days earlier so my emotions were high. What a bitch. I should have socked her. 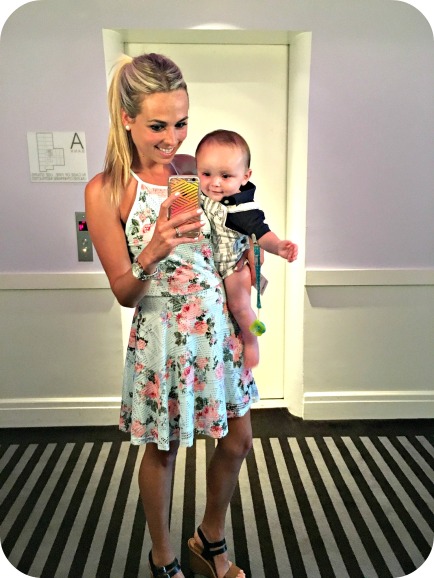 The graduation weekend was a blast, but packed with events. (AKA babies don’t do well well with packed weekend events, but we held our own – he’s mastered car seat and stroller naps now). On Sunday we drove from New York to New Jersey (3 hours).  We were able to chill at my in-laws beach house which was so relaxing! (Beaches man – I could live on a beach. Seriously just throw me a sleeping bag.) Although sharing a room with a 7 month old sleeping in a pack and play was…interesting. He figured out that scratching the mesh sides is this totally amazing thing. He thought it sounded beautiful…I didn’t. 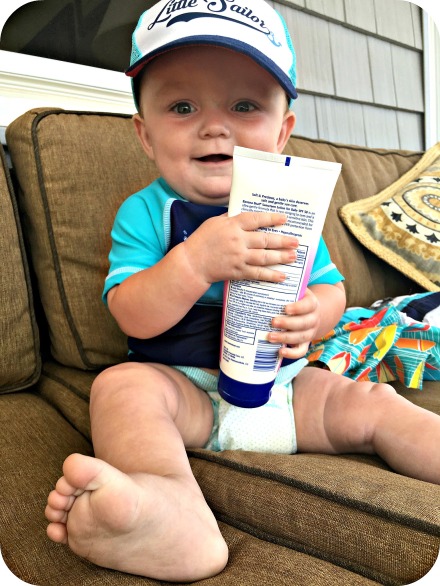 However, I am glad I was sleeping in the same room as him because he flipped over on his tummy for the first time in the middle of the night. He started crying and I went to feel for his face to put his pacifier back in and all I felt was hair. Talk about a panic moment! And then of course I couldn’t sleep the rest of the night in fear he would suffocate and die.

We drove to North Carolina on Tuesday (9 hours) and he was better than everyone else in the car! We all stopped more than he needed too just to pee and eat. I think he has just accepted the fact that he will be spending most his life strapped in a car seat.

We stayed in North Carolina 2 nights and then drove back to Florida on Thursday (8 hours). Fun stuff, right?

To sum it all up –  it’s hard being a military spouse sometimes! You don’t live close to your family, so, of course you want to see them, but it requires so much time and effort. It’s a loose loose situation. Either you don’t travel to see them, and then you are sad that you missed out on an adventure. Or, you make the long haul and visit them and then you are exhausted the whole time.

I have a solution. Everyone should buy a second home on my street that way I never have to leave. Let alone get out of my pjs. Which, let’s be honest, can be a daunting task most days.