We sound uber fancy right now right? Lobster. I seriously thought only rich and famous people ate this when I was young. But this was Mark’s last supper. The last supper before deployment. Looking back I probably should have asked him what he wanted his last meal to be, but I didn’t. Oh well. He shouldn’t complain cause I served him freaking lobster.

Which, by the way, is like a thousand dollars per bite. 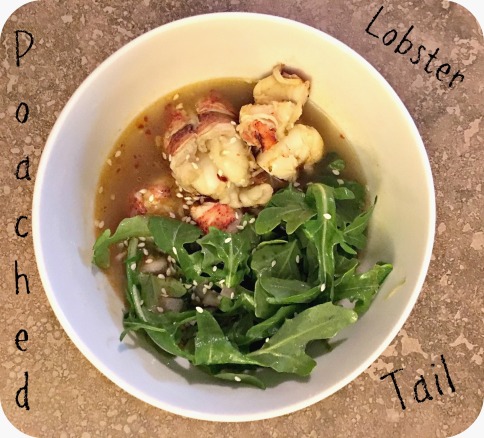 I also made homemade tomato soup which was a great idea for a day when it was 90 degrees outside. Don’t really know what I was thinking there. This soup had grilled cheese toasts in it though, so who cares about the outside temperate. THERE WAS GRILLED CHEESE IN IT.

I had never made soup from scratch before. Let alone something like a pureed tomato soup. It tasted SO much better than canned soup though! You’re really shocked right now, I know.

The hardest part was broiling the tomatoes but that only took like 3 minutes, so really it’s simple. Then I blended the tomatoes and the rest of the ingredients in the blender and it was done.

The lobster dish was really easy too and the broth was so good that I saved it, and just ended up chugging it after dinner. Which is weird. 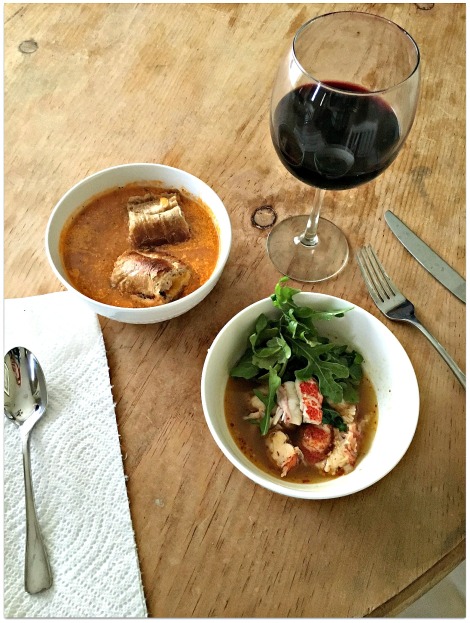 This picture makes it look like I was the only one eating this meal. But I promise you there were two of us. I’m not that much of a loser. Until tomorrow, when I will be the only person eating. And drinking wine. Lots of wine.